Trading stocks, bonds, commodities, or currencies with a carry trade technique is frequent. It’s a tactic that’s been known to bring in healthy profits ever since the ’80s. Now more than ever, however, this tactic is widely used because of the growing number of retail investors and traders. Visit multibank group

For the better part of a decade, carry trade in forex remained the only method that reliably resulted in rising trades with minimal downside risk. When their seven years of profits were wiped out in only three months in 2008, carry traders learned the hard way that gravity takes charge once again.

Many forex traders, however, remain optimistic about the future of carrying trades because of their success over the period 2000–2007. This post will explain the basics of the carry trade, including how it is set up, how it functions, and the unique approaches in which it may be utilized by both long- and short-term participants.

Carry Trade from Place to Place

The interest rates on the world’s most liquid currencies are constantly changing. Keep these rates in mind and utilise a mix of the highest yielding and lowest yielding currencies. A forex trader should often check the websites of the central banks of the currencies they trade to keep up with the ever-changing interest rate landscape. Carry trades can be established with as little as buying NZD/JPY or AUD/JPY on a forex trading platform with a forex broker.

The low borrowing cost of the Japanese yen is a particular characteristic of the currency. Many stock and commodity traders all over the world have taken use of this trait. Numerous investors over the past decade have developed their own variations on the carry trade. Some were buying U.S. or Chinese stocks, while others were shorting the yen. This is what originally sparked a massive speculative surge in the two markets, and it also explains why carry trades and forex trading stocks are so strongly correlated now.

The popularity of this approach prompts the question, WHY?

Many traders won’t see meaningful profits from carrying a straight carry trade. Nonetheless, leverage in these trades can reach levels as high as 200:1. Traders can still make a profit even with a leverage ratio of 5:1 or 10:1. Investors may also favour carry trades due to the potential for interest income regardless of currency movement. Trading forex typically involves changes in currency values;therefore, this rarely occurs. However, such transactions have a high potential reward in the forms of interest income and capital appreciation.

Successful carry trades occur when investors have a higher tolerance for risk and the market is not extremely volatile. Speculators who engage in “carry trading” are primarily motivated by the pursuit of yield; any subsequent rise in value is really a bonus. As a result, most carry traders — typically large hedge funds with a lot of money at stake—don’t care if the market moves or not as long as they can collect the leveraged payout. Carry traders can continue making money while they wait for the currency to decline. When the forex market is less unstable, traders and investors feel more at ease taking chances.

The Ideal Way to Carry Out Business

When we discuss carry trades, there is a good likelihood that one central bank maintains the same level of interest rates while another central bank continues to either increase or decrease those rates. A currency pair is merely a representation of a portion of the portfolio when it is used in conjunction with a basket that contains the three currencies with the highest yield as well as the three currencies with the lowest yield. Therefore, even while there is trade liquidation in one currency pair, losses can be mitigated by acquiring ownership of a basket of currencies.

Most investment banks and hedge funds use this method to execute trades because it is the most efficient. Because purchasing and trading a basket requires more capital, it’s possible that retail forex traders won’t feel entirely at ease with this strategy. Please be aware that it is still possible to do so by trading a smaller amount. In addition, the key to being successful while using a basket is to make consistent adjustments to the allocations of your portfolio based on the slope of the interest rate graph and the financial policies of the various central banks.

The Perks Derived from Carry Trade

The phrase “carry trade” refers to an investment strategy that is implemented over an extended period and is more suited to investors than it is to traders due to investors’ reduced preoccupation with short-term profits. In contrast to traders who would remain riveted to the statistics, they will only return to the charts a handful of times over the course of a week or a month. It is true that many carry traders, including big banks, hang onto their positions for months or even years at a time. This is since the primary objective in this context is to maintain earnings even as one waits for the market to move.

Due to the sheer popularity of carry trades, the forex trader is home to certain powerful trends that are also significant to traders who focus on the short term. This is since in a currency pair when there is a discernible difference in the interest rate between the two currencies, it could be more advantageous to buy on dips in the direction of the carry.

Those who are betting that the AUD/USD pair will weaken must be careful not to retain short positions for an excessively long time since they will be required to pay a significant amount of interest each day if they do so. Traders that focus on the short term may find it advantageous to choose an interest that, when buying, contributes to a reduction in the average price paid, but raises that price when selling. In the context of a trade that takes place inside the same trading day, the carry would not be of direct importance.

GUESTPOSTLINKS is a link building agency that provides Guest Posting Services, Content Syndication, Press Release Services, and SEO Link Building to help you to grow your business. Our link building service can increase your website traffic by creating high-quality content. In our guest posting service, we have listed 8000+ websites worldwide, so you can post your content on high DA authority sites and get do-follow backlinks from relevant high authority websites. 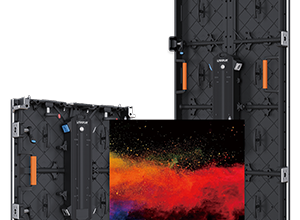 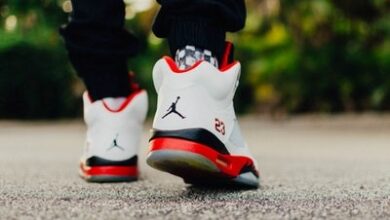 Types of Air Jordans Every Sneakerhead Should Know 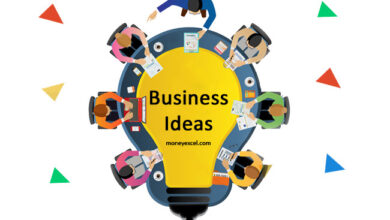 Business ideas for those who want to get started